Between 5% and 10% of Liti Capital's yearly investment budget will be used to finance crypto-fraud cases that have affected our community members.
The idea that scammers can freely operate in the crypto sphere without facing the consequences of their actions must end to bring trust and change the perception blockchain and crypto projects have in our society. The Liti Capital and its extended team have a particular set of skills to initiate lawsuits in any part of the world, hire the best legal team and find assets belonging to defendants of cases Liti Capital pursues. Liti Capital commits to allocate between 5% and 10% of its yearly investment budget to finance cases that have affected its community members. Any LITI or wLITI token holder can report a purported fraud to the company.
Click Here to Learn More About LITI & wLITI Tokens 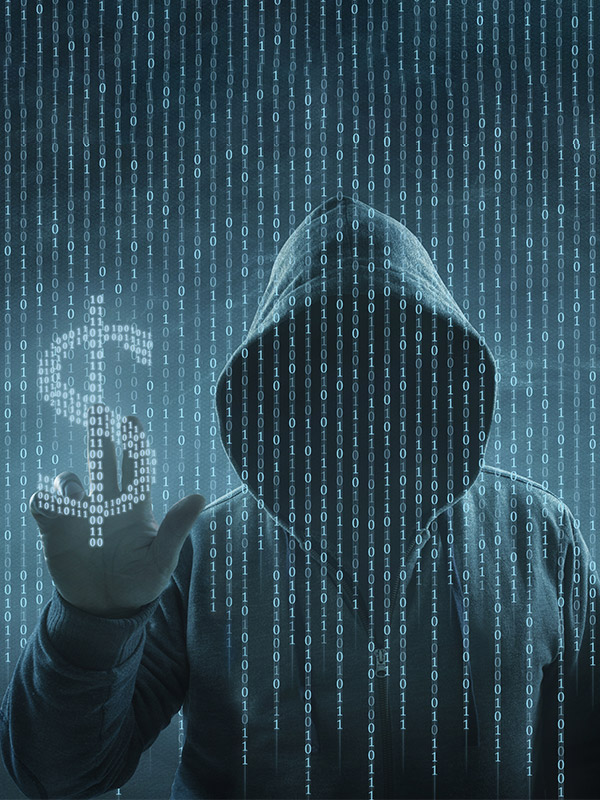 Cryptocurrency Scams Have Soared 1,000% Since October 2020

A recent report from FTC reveals a sharp increase in the cryptocurrency investment scams from October 2020 through March 2021.  Scammers, according to the FTC, are finding creative ways to con people into fraudulent crypto investments. One type of scheme offers investment "tips" online that redirect consumers to fraudulent sites. In another, scammers pose as celebrities, such as Elon Musk, and trick consumers into sending them cryptocurrency by promising that the celebrity will contribute to their investment.
Read the FTC Report

Liti Capital aims to leverage its unique expertise in litigation finance and asset recovery to preserve and defend the interests of its own community members that have suffered damage or loss from fraudulent projects in the crypto sphere. The idea that scammers can freely operate in the crypto sphere without facing the consequences of their actions must end in order to bring trust and change the perception blockchain and crypto projects have in our society.

A community member (i.e., LITI or wLITI token holder) reports a case about a scam crypto project to Liti Capital.
Liti Capital then spreads the word among its community members to determine whether other people have been affected by the potential fraud. At this stage, community members may be asked to provide justifications regarding the nature of the fraud.
If the fraud affects a material portion of its community, Liti Capital will initiate a preliminary investigation to assess the potential outcome of the case, which ultimately determines whether the case is selected for further proceedings.
Any case that meets the Company’s underwriting requirements will result in Liti Capital inviting the members of its community that have been harmed by the fraud to validate the selection procedure by locking at least 1 LITI token or 5000 wLITI tokens in a dedicated pool implemented in a smart contract wallet. Note that LITI token holders will still be able to use their voting rights and to access dividend payments with the locked tokens. Furthermore, the company will determine the duration of the lock-up period for both LITI and wLITI and will announce it directly to its community members.
If more than one case is brought by the community, Liti Capital plans to organize different pools in which community members can either lock LITI or wLITI tokens as explained above. Liti Capital commits to pursue the case or cases that received the largest number of LITI and wLITI.
At the end of that process, Liti Capital commits to pursue the case or cases that received the largest number of LITI and wLITI. The exact number of selected cases Liti Capital can pursue at any given time will depends on each case’s estimated costs.
DOWLOAD TOKENOMICS FOR FULL DETAILS

How To Submit a Case?

Following the launch of the LITI & wLITI Tokens, we will release instructions on how to submit a case for consideration.

For the latest news, updates and more.

Rue de l'Ancien-Port 14
1201 Geneva, Switzerland
contact@liticapital.com
Company
Our Tokens
Resources
Links
Liti Capital SA (“Liti Capital”) is a litigation finance company registered in Switzerland under number CHE-379.790.214. The reader should be aware that Liti Capital obtained a non-action letter from the Swiss Financial regulator (FINMA). All information contained on this website is intended for general information, and should not be construed as investment advice. The information on this website is not intended to provide a sufficient basis on which to make an investment decision. It does not constitute a recommendation or take into account the particular investment objectives, financial conditions, or needs of individual investors. The information is not an offer to sell or a solicitation of an indication of interest to purchase any security of Liti Capital, or to make any investment. An investment decision should be made solely on the basis of offering documentation that Liti Capital may provide to you separately, which you should review in detail with your professional advisers. “US Persons” (as defined for purposes of US securities laws) will not be allowed to purchase any securities that may be issued by Liti Capital unless they satisfy the requirements of US securities laws, including qualifying as an accredited investor. There can be no guarantee that any security issued by Liti Capital will be profitable and investors may lose all of the capital they invest in any such securities. While Liti Capital attempts to ensure that the information contained on this website is accurate and complete, no representation or warranty, express or implied, is made as to the accuracy, completeness or reasonableness of the information contained on this website. Liti Capital assumes no responsibility for such errors and omissions, and reserves the right to make changes to content and other information on the website at any time without notice.
© Copyright 2022 - Liti Capital SA. All rights reserved
Privacy PolicyTerms of Use
LITI App